The New Yorker is a globally recognized publication and part of the Conde Nast media group. The New Yorker, created in 1925, was initially designed for New Yorkers featuring articles about the local popular culture of New York City. With the increasing rise of The New Yorker, the publication started to gain a national and international following because of it's edgy and witty journalism, satirical illustrations and beautifully written articles and stories while keeping a blend of humorous and serious topics has led to the continued success of the company.

The New Yorker is published 47 times a year and accessible through web browsers on your tablet, laptop, smartphone, and desktop. The publication also has a downloadable app via Apple's App Store and Google Play. With multiple ways to access The New Yorker, it has never been easier to read one of the most popular publications in the world.

In 2014, The New Yorker wanted to implement changes to their business model to create revenue that would make the business sustainable and profitable and then reinvesting their profits into attracting the best journalists and creating great content for their loyal customer base as well attracting new subscribers.

The New Yorker required a technology partner that would help enable its strategy for a meter-based subscription model,  increase the number of subscribers to its exclusive content and get a better understanding of how the customer thinks through approved data collection methods.

With data imperative to the business model, The New Yorker decided to have a paywall implemented which was integrated into their ecosystem to help deliver this business model.

After considering several different options, we chose Evolok to help us build The New Yorker paywall. We’ve had ambitious subscription revenue goals since the beginning, and we’ve been very happy with Evolok’s continued support along the way

Using the Evolok platform, The New Yorker was able to launch and provide metered access to users across their site. The capability was delivered quickly allowing the New Yorker to roll out the service and then adjust and optimise as needed.

Since installing the paywall system, The New Yorker has been given the flexibility to provide its users a simple and easy process for purchasing subscriptions and at the same time managing the content access control.

The performance of the Evolok platform with its paywall management features and The New Yorkers great content has resulted in increased subscriptions volumes.

What The New Yorker found was once they implemented the paywall there was a sudden surge in visits to the site and customers willing to subscribe for the site's digital content, NewYorker.com editor Nicholas Thompson told Justin Ellis in a story for the Nieman Lab. “What’s weird is we launched the paywall, and then there was a massive increase.”

In January of 2015, NewYorker.com saw a 30% rise in unique visitors year-over-year, while subscriptions went up a staggering 85%. The metered paywall cuts readers off at six stories however this could be easily adjusted if needed. 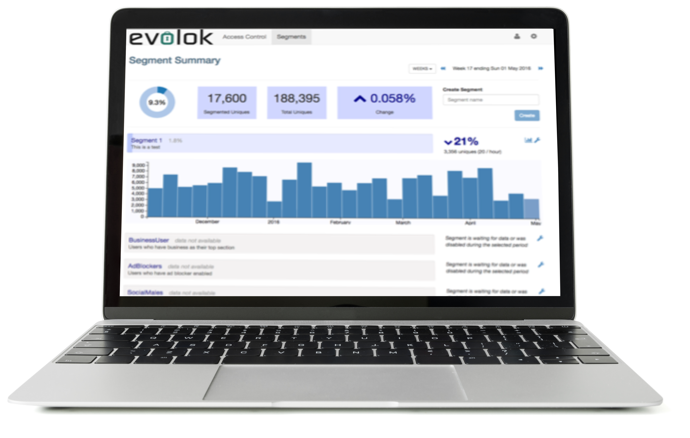